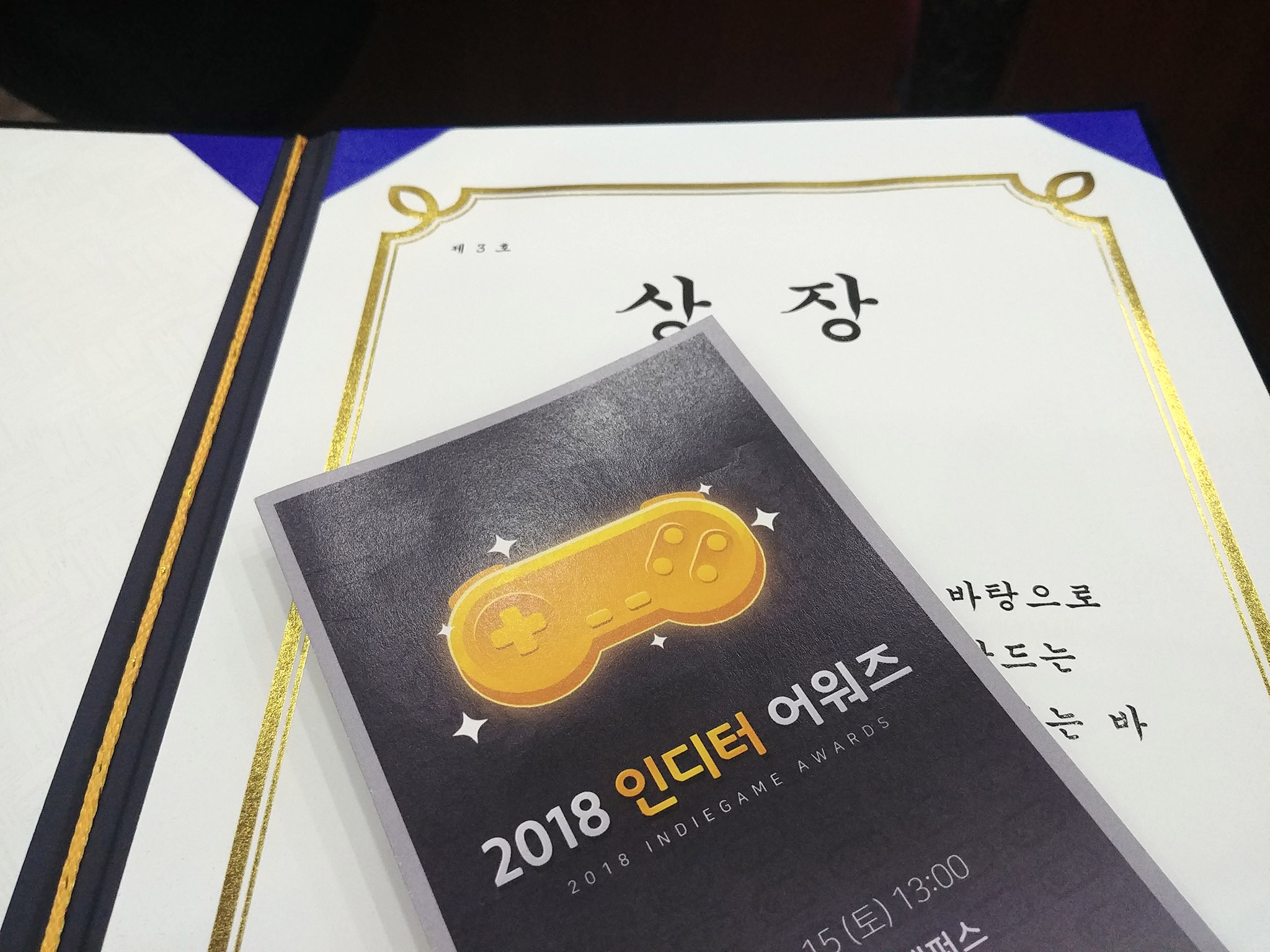 Indie-tuh is short for “Indie Game Developer Shelter” and is currently the most active indie game online community in Korea. 2018 Indie-tuh Awards was the first awards ceremony for Indie-tuh. The awards ceremony was held by the Korean Indie Games Association and Indie-tuh.